Advertisement
Snapchat is an app that keeps you in touch with friends and family thanks to its interactive multimedia messaging system. Share your favorite events live or record them as video messages that automatically disappear without leaving a trace after a few seconds.

Just take a quick snapshot, add a message and choose how long you want your snap to be visible to your friends. That's it.

That said, for anyone to get your snaps, they'll need to have the app installed as well. As an added security measure, anytime you send a photo, and someone takes a screenshot, you'll get notified, so you're always in the know on who has pictures of what.

Once upon a time, Snapchat was simply a means to an end: basically, sending dirty pictures that could be easily erased. Thankfully, now this popular messaging platform has evolved to represent what looks like a major component for the future of social media: ephemeral video messaging.

All in all, Snapchat is a very useful application to keep in touch with friends in a fast, simple and visual way. After all, why send a lot of text when you can express it with a single photograph? A picture is worth a thousand words.
Reviewed by Andrés López Translated by Taryn
Advertisement

What is Snapchat and what's it for?

Snapchat is a social network and messaging app that lets you share images and videos (called snaps) with friends. The interesting thing about Snapchat is that all the content disappears after it's viewed.

What are the risks of using Snapchat?

The content you send on Snapchat is deleted after a few seconds. That said, the person you send it to can take screenshots of it, so be careful what you send.

What does Snapchat mean in Spanish?

Snapchat in Spanish is a mixture of the words "Snap" and "Chat" in English. Snap has several meanings, but here, it means immediacy. On the other hand, Chat refers to the ability to talk to other people.

What can I do on Snapchat?

On Snapchat, you can send and receive images, videos, and text messages with your contacts.

How can I save a Snapchat video to my gallery?

When you record a video on Snapchat, you can save it to Memories, which adds it to your Gallery. To save content from other users, you'll need to use a screen-recording app.

To download a video from Snapchat, you can use the screen-recording feature that comes with your Android device.

How do I download videos from Snapchat on Android?

You can download your videos from Snapchat by saving them to Memories. If it's a video that's been sent to you, you can use screen-recording apps or your Android's built-in screen-recording feature.

How can I save a video to my smartphone?

You can save a video from Snapchat to your smartphone if you've saved it to Memories. You can also use the screen-recording feature that comes with your Android device.

I made new friends with this app

Why is the app not available in my country!? Please solve the problem

I'm interested in downloading the app, but I live in Cuba and it won't allow me n 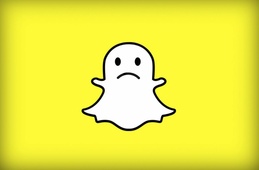 Feb 15th, 2018 How to side-step Snapchat's new design by installing an older version